Industrial Arts Turns One: An Interview With Jeff O’Neil

It’s not very often that new businesses get the opportunity to surround themselves with a historical presence as soon as they’re ready to open. For Industrial Arts Brewing Company Proprietor Jeff O’Neil, this became a very fortunate reality when he chose the Garnerville Arts & Industrial Center as the base of operations for the new brewery. The Center was declared a historic site by the New York State Preservation League in 2012, as some of the buildings in the factory complex predate the Civil War. O’Neil and his team have worked tirelessly to combine its old-fashioned exterior with modern technological brewing equipment in fascinating ways.

One year after its inception, the brewery is making waves in the New York City craft beer community by flooding the city and the surrounding areas with outstanding brews. Recently, they’ve expanded distribution to both New Jersey and Connecticut, covering a lot more area than most breweries normally can accommodate in only one year. Being a rather big fan of the beers and the people that run it, I decided to take a deeper dive into the mind of its founder, learn more about how far the brewery has come, and what O’Neil has discovered in the process.

What got you into craft beer? What was the beer that started the journey?

I started homebrewing a little bit one summer during college in the early 90s. Actually, it was with a guy who is one of our investors now. We made a (barely) passable brown ale and that was it, I was convinced that this was something I had an affinity for. There were precious few American beers available at the time, we mostly drank imports…but even then Sierra Nevada Pale Ale was a standout- if and when you could get it. 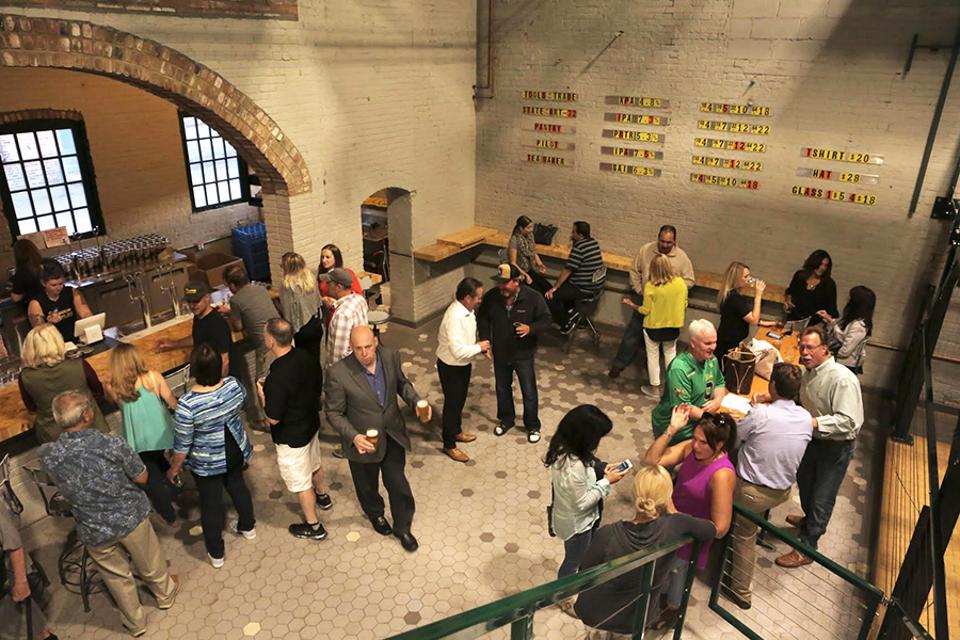 Tell us a little about your career in the beer world, before starting Industrial Arts.

I moved out west in ’95 and wound up working in the kitchen at the 20 Tank Brewery in San Francisco. This place was truly one of the very first California-style brewpubs, clean hoppy beer and solid pizza. While i worked there, I also went kind of nuts on the homebrew front. I lived in a house in SF that was set up perfectly. I was growing hops in the yard, brewing 10 gallons every weekend. My then girlfriend (now wife) really pushed me to find full time brewery work and the rest is history. I worked at 3 more breweries in the Bay Area and then we moved to Ithaca for her to go to grad school at Cornell. Ithaca Beer Co. was really small then, and over almost 10 years there, I was able to play a pretty big role. I went from there to Peekskill Brewery, where we built a really cool facility and got their brand established in the NYC market.

What made you want to start Industrial Arts?

In the last move, we settled down in the Hudson Valley and just love it here. I was born in Poughkeepsie and feel really grounded in this region. That was always the thing- that I knew I’d open a brewery, which is such a big leap partly because committing to a place is so permanent. Once it was clear that we’d found our home, it extended out of that.

Where did the inspiration for your design elements and the name of your brewery come from?

Well, our site is so unique. The brewery is at the Garner Arts & Industrial Center and I spun the name out of that. It’s a nearly 200 year old brick factory complex in Rockland County. The design elements grew out of the renovation of this historic site combined with our process, which is pretty tech-forward for a small brewery. The contrast and tension between those two factors is pretty cool, you’ve probably got to see it in person to know what I mean.

On to the beer! Is there a particular beer you’ve made that you’re especially proud of? Something you would consider your baby?

Oh, I’m super proud of Tools of the Trade. It’s our extra pale ale, and it just sings. It’s simple and focused, the ingredients really shine and I think that’s what we’re great at. I’m drinking one right now.

You done a lot of amazing collaborations over this past year with great brewers like Other Half, Burial, and Interboro. Is there a brewery you’d like to collaborate with in the future? What kind of beer would you ideally like to make with them?

Phil Markowski from 2 Roads! He’s a guy who is easy to admire. He recently came for a visit to check out something that we do that they’re thinking about and we started talking about doing one. Then I ran into a guy who works for them who pleaded, “Oh please dear God, don’t make a Saison. Everybody always wants to make a Saison.” Well, that’s due to Phil having actually written the book on Saisons. But I’m hoping to convince him to make a botanical IPA. Actually two botanical IPAs. One at our place and one at theirs. Phil, are you reading this?

Is there a beer style you think is underrepresented in the industry today? What are some of your favorite beers in that style?

There still isn’t enough easy drinking lager! Burial’s got a great new one this summer, Innertube. House Lager from Jack’s Abby is pretty good too.

Who would you mark as some of the people/breweries that have inspired or mentored you in beer?

I mentioned Phil. Vinnie from Russian River is another obvious one for me; it just seems like he doesn’t make mistakes. Of course that’s not true, but he doesn’t make compromises with his product ever and that’s a big difference. My old friend Bert Boyce who runs Santa Fe Brewing Co. is brilliant. I’ve learned a lot from him just by osmosis. He probably taught me what osmosis means. 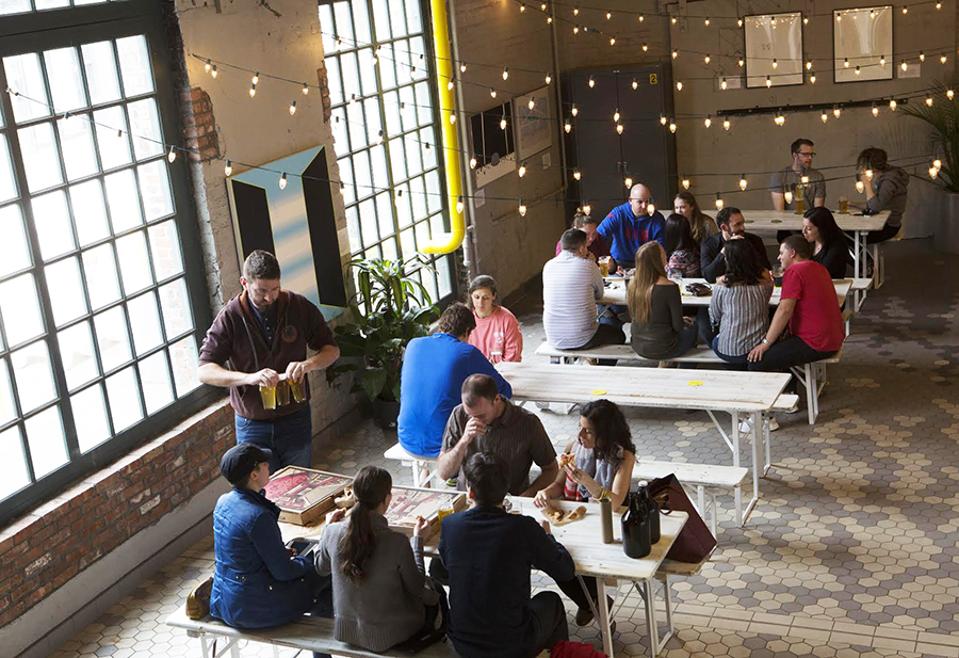 Now that you’ve completed one full year running Industrial Arts, is there anything you wish you had known when you started? Or some advice you’d give to brewers that may just be starting out?

Oh, yes I’ve come to realize that I just never accepted the concept that we would continue to lose money for some period of time once we opened. In retrospect, this was both a strength and a weakness. Like, I couldn’t believe that we weren’t profitable right away so I was always trying to figure out why, so that we’d be killing it next month. Then I’d be shocked two months later when we were still bleeding. Plan to burn cash.

Is there a message you’d like to give to the people that buy your beer?

For sure. Our beer is and always will be an expression of our people and our place. We have the most amazing team. So far I’ve somehow been able to recruit talented, devoted people that I want to work with every day and I’ve already mentioned how special our spot is. Everything you taste is from here, from us.

Orval, because Orval is life and I’d want to live.